Looks like the 2017 Totally Hair Barbie 25th Anniversary repro doll has popped up in some stores. She is a repro of the best selling Barbie doll ever produced as this year marks it’s 25th anniversary. I kind of like that they kept the original vibe and that the box looks like the 90s boxes, but, somehow, I wanted a bit more from this doll. I don’t know… I can’t really put my finger on it.

What do you think of her? 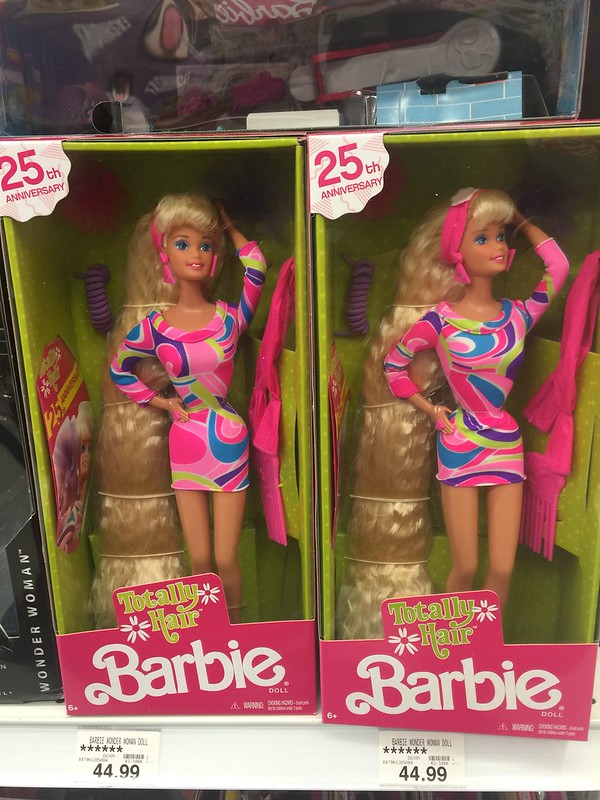 Hello and welcome to my blog. My name is Ada and I am a doll collector, a passionate geek, and a mother to an incredible little boy. I have been a Barbie collector my entire life and ever since 2009 I have shared my passion for the dolly world with the help of this blog. I hope you will enjoy my posts and please feel free to drop me a line anytime. XoXo Ada

Come and join our dolly family

This website may contain affiliate links. if you click on them and buy the item shown, I will be getting a comission.